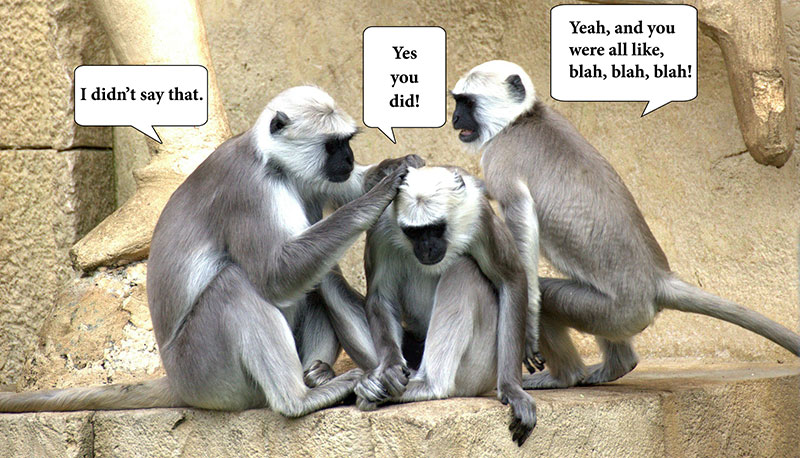 I’m an avid reader. It’s how I learned to be a good writer. I have read hundreds of books. I can honestly say I haven’t read any bad books — if they’re that bad, I don’t keep reading them.

Good description is very important to the flesh of the story. It’s what allows you to see into the world that the writer has created for the characters. An active, gripping tale is what keeps you turning the pages. Fictional speech can fit into both of those categories. It can help you visualize the characters and the scenery, and keeps the action moving. Unless, of course, it is badly written.

I recently read a novel by a major contemporary author. It wasn’t John Grisham, or Stephen King, or Iris Johanson, or David Baldacci. But it was an author that could easily share their table. So I was shocked to read just how bad the speech was. Life is too short to read a badly written book, so after only two chapters, the book found itself in the box destined for Goodwill.

How To Write Fictional Speech

Writing speech in a book or novel can be tricky, so here are a few pointers from my own learning experience. Hopefully these guidelines will help you keep your fictional conversations alive and enticing.

Let’s start with a BAD example of fictional speech. 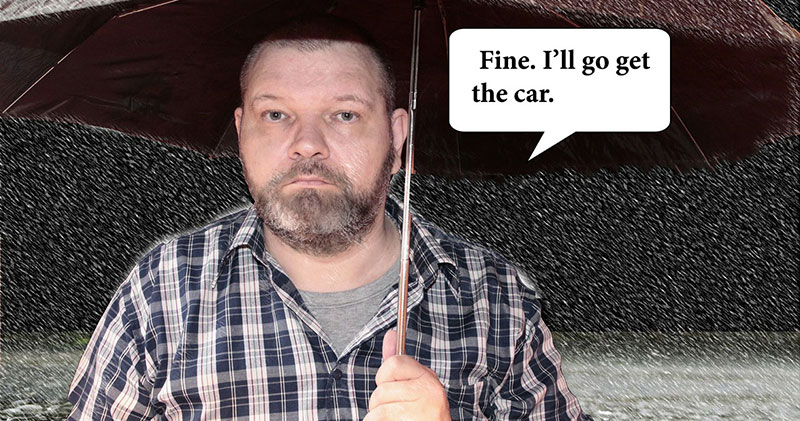 If you think I purposely created this badly written conversation just to provide an example, you’d be half right. This conversation is loosely based on an excerpt from the book I donated to Goodwill.

What’s wrong with this conversation? let’s get started.

First of all, it’s boring. Why? Because no one talks like that. Fictional speech should portray lifelike characters, not conversational zombies.

1) Listen to Real People. Sit in a mall, coffee shop, community park — anywhere that people congregate for conversation. Listen. Make notes of the words they use and how they say them. You may know that someone is saying “going to” but it might come out as “gonna.” Use slang, swear, write phonetically to portray an accent or regional dialect, and verbalize grunts and other non-speech sounds the speaker is making. For inspiration, check out the #EavesDropCafe on Twitter.

2) Conversation Doesn’t Flow. Not all conversation flows smoothly. Writing a detached and disjointed speech pattern can relay just as much information about the characters or setting as the actual words being said.

Example: “Honey, I’m Home.”
“Bobby flunked his spelling test at school today. Can you talk to him about it? I’ve gotta get Amy to soccer practice. We’re late. Do you need me to pick up any dry cleaning?”
“That’s the third time! We’re raising an illiterate kid.”
“How was work?”
“Two silk shirts and my tweed suit at Lee’s Laundry.”
“Huh? What are you talking about?”
“The dry cleaning? You said you’d stop.”
“Oh. Yeah, right.”

3) Men are from Mars. Men and women speak differently. So do adults and teenagers. And politicians and garbage men. Shy introverts and obnoxious extroverts. The rich and the poor. Make the speech fit the person.

Example: “And Mr. Smith was, like totally postal today, ’cause like, Bobby — oh my gawd Mom, he’s so totally a Beiber wannabe — Bobby kept shooting rubber bands at the blackboard, and so Mr. Smith gave the whole class detention. He’s so lame. Like totally unfair.”
“I’m sure Mr. Smith did what he thought was right. And please try not to use the word like so much. It makes you sound like an airhead.”

5) Add Action. Don’t just do the “he said, she said” thing. Are they just standing there like mannequins? Add some action or descriptive attributions to show how characters are saying what they’re saying. Characters don’t just “say” things. They glare, they chuckle, they stammer, they shout, they whisper. How a character says something is just as important as what they say.

Example: “Is he gone yet?”
“Quiet!” he whispered, flapping his hand, “I hear footsteps.”
“Oh, no! He’s coming closer,” she uttered with a quivering voice.

6) Who Said That? Don’t attribute each line to a speaker, if speech is well-written, the reader won’t have to be told who spoke. Attributing speech to a character can be done with every other line or even every fifth line if you have achieved the right conversational flow. Simply make sure that the words fit the character who is saying them, and keep their roles consistent.

7) Don’t Overstate the Obvious. You wouldn’t. Neither should your characters. Instead, have them express their feelings or reaction to something that’s obvious.

A BETTER example of fictional speech …

“Ugh, it’s raining,” she complained loudly.
“Really? I hadn’t noticed,” he replied with a sarcastic sneer.
“The car’s parked all the way over there,” she whined.
“If we run we might not get too wet,” he suggested.
“I don’t wanna get wet at all.”
“We could wait here ’til it let’s up.”
“We’re already gonna be late as it is,” she stated tersely.
“Fine. I’ll go get the car and bring it ‘round,” he sighed heavily, his shoulders slumping.
“Ooh, really? Thanks, baby,” she giggled. “I love you sooo much!”