All About Similes and Metaphors

Similes and metaphors are two ways to enrich your descriptive text by making comparisons. It’s easy to say, “The sunset was orange with little streaks of purple and yellow and it was really pretty.”

However, it’s also boring and gives no context to how a character feels about the scene being described. Similes and metaphors not only allow a writer to create a mood or opinion, they also place a visual representation in the mind of the reader, helping them to become an active part of what they’re reading.

“The remnants of the day set the sky ablaze with fiery blossoms of color that melted into the horizon.”

Above is an example of a complex metaphor. The writer compares a sunset to blossoms of fire. The overall feeling is of a spectacular visual experience filled with warmth and comfort. Creating a complex metaphor can be tricky business. A simile is much easier; they are part of the everyday conversation that we learned from early childhood.

Although both similes and metaphors help us to create effective description, they are very different in their structure and use. Similes are very simple and tend to be used for short, basic, and obvious comparisons. Metaphors are more complex and create a much more artistic description. 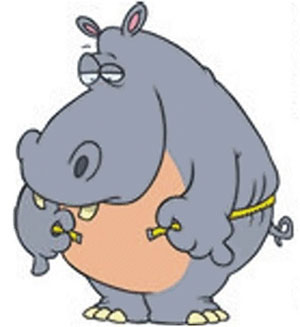 A simile is a direct comparison between two things. Similes are usually short and to get to the point quickly. They are the no nonsense version of comparison and are used when detailed description is not necessary or would be inappropriate.

Generally, a simile uses the words “like” or “as ___ as” when making a comparison between one item and another.

Example: The stars looked like diamonds in the sky.

Example: Peter was as dumb as a bag of hammers.

The above example contains vague humor. Since a bag of hammers has no intelligence that we are aware of, the reference is symbolic of that fact that “Peter” is dumb. Other similes directly adopt the quality being compared.

Example: The tire was as flat as a pancake.

Similes are very common and easy to use. We have all heard many of them, especially the ones that have become part of everyday speech. Here is a list of some common examples.

Using “As”
As stubborn as a mule.
As slow as molasses in winter.
As smart as a whip.
As dry as the desert.
As energetic as a hummingbird.
As fat as a hippo.
As bright as the sun.

A metaphor is also a method of comparison, but instead of describing the similarities of two objects, one object absorbs the qualities of the other. They (almost) always depend on the verb “to be” and will contain the one of the words is, was, were, are, and so on. Because it is more complex, the end result is of greater artistic value allowing the reader to visualize not only how something looks, or behaves, but also how it feels.

Example: His words were sharp knives in my heart.

In the above example, “his words” were not compared to knives, but became the knives. The reader might be persuaded to imagine the pain inflicted by “his words.” The reader also gets a sense of how the the character feels or reacts.

Metaphors can range from quite simple to very complicated. Depending on their complexity, metaphors can sometimes be difficult to recognize. They can be constructed with concrete nouns and adjectives, as well as symbolic ideas or analogies. When creating a metaphor, it is necessary to choose words and ideas carefully, otherwise they can become too long and confusing.

My son’s room is a total disaster area.
All the world is a stage and we are merely players.
His suggestion was just a band aid solution.
People who live in glass houses shouldn’t throw stones.
A book is a key that unlocks the imagination.
Solitude was her best friend.
My dad is such a couch potato!
Necessity is the mother of invention.
A thin ribbon of highway cut through the forest.

Deciding whether to use a simile or a metaphor isn’t always easy. Some similes and metaphors can be very similar, the only difference being the word “like.”

In the above examples, the metaphor is a stronger and more descriptive comparison, even though it is one word shorter. The “hair” develops a personality of its own and becomes an active participant in the mind of the reader. The simile has a flatter, less lifelike role.

Although the use of metaphors can indicate advanced writing skills, similes can be just as effective (or even more appropriate) depending on the context in which they are used. Similes are often used in speech when a character is describing or alluding to something. Since similes are often shorter, they are more appropriate for faster paced scenes. Metaphors often help to slow down the action with longer more detailed description that creates a sense of feeling in an object, scene or situation where strong emotion needs to be conveyed. And many times, it’s simply a matter of choice.

Exploring the world in my writing, prose, and shared ideas. And learning. Always, always learning.